skip to main | skip to sidebar

Last week I met a creative friend at the local writer’s café.  He had just returned from the UK and was ready to roll out his new documentary film.  Our conversation sparked some exciting ideas for promoting the film around the country.  I was excited about the prospects and the plan and before committing to a support role in the project, I deferred and requested a time out to reflect on it.  A day later while soaking in my backyard hot tub the nub of my doubt was around my desire to be the principal or partner in a project, not an assistant.  I was a loyal employee for almost thirty years and when the boss said jump, I said “how high?”  So I had a serious case of ‘been there, done that.’ In the digging down to the marrow was the answer.  I have a vision, I have a dream and that is what I need to do.
Moving into new passions, activities, and work in the time of Boomerang challenges most people on many levels.  Creativity boils down to taking authorship of one’s life.  True creativity comes forward from the inside out.  A natural flow of energy happens in conducive settings but the true genesis is with the individual’s own soul.  His/ her own primary direction or guidance gets rusty, since we are so conditioned to be productive and achieve tangible stuff such as job positions, money, or even travel destinations. Creating solely from inside is new.  For me the spark begins with meditation and talking with trusted friends.  Sometimes I find myself getting carried away with someone else’s vision as in the case of the film based on ‘Think and Grow Rich.’  Bringing my myriad and disconnected thoughts and feelings into the breath of conversation helps me to get groundingand insight.  After letting it simmer as I did with the film project, I get a sip of the answer.  Then I practice a technique I learned in my role as a manager, if it isn’t in writing it did not happen.  The ideas, plans, goals, and strategies that I commit to get written in some form; in this blog, in a poem, and in ‘to do’ lists that I post around the house.  From the writing there is a refinement and commitment.   The next step in stimulating activation on a big rock or challenge is to share it with a trusted friend or colleague, someone who gets and supports the vision.  Often in that discussion further honing of the goal emerges.  Rugged individualism has been highly overrated in the American ethos.  Yes, it is satisfying to grow your own passion be it a new business or a new artistic expression but without support and assistance it is more difficult and maybe impossible.

This is how my book of poetry came to be.  I fantasized for years about publishing a book and then in the midst of a creative spurt someone said, ‘Hey put together a book.’  I began by writing a description of it and then discussed it with trusted friends.  Then the vision  pulled me and sustained me through the details and tedium of editing, compiling, formatting etc. I carried it through to completion and the immeasurable gratification of accomplishment.  Of course, when that door closed then many more opened, such as going out and reading the pieces, posting on line and on and on.  The support kept me accountable to myself.

Perhaps you are one of those supremely gifted persons who has succeeded by going it alone and it works for you.  Many people when they get to the third chapter or retirement have spent forty years following orders and fitting into systems at work and society, consequently most of us are a bit out of practice with what psychologists call the inner locus of control.  Activating and developing new passions can be daunting later in life and often is the reason people stay in jobs they no longer enjoy, stay in hobbies stay they have done since high school, and get bored and cynical.  It takes courage to step out into the new and sustain it through the learning curve and reap the joy of living the dream.

Do you have a fantasy project in the dark recesses of your mind?  Something you have long thought about but not done.  Perhaps you want to write a book, the most common goal according to the website, 43 Goals.  Or maybe it is to learn guitar or travel to Australia?  What will it take to get you in motion?  Until then your fantasy stays just that.  But if you activate the fantasy becomes a dream and the dream can likely become a reality.   And if not you will have the satisfaction of knowing that you have given it your best shot.  Don’t let fantasies linger and clutter your mind.  Free up space on your inner hard drive with action and feel satisfaction.  Now, I’ve got to get ready for the open mike. 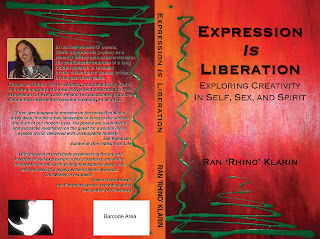 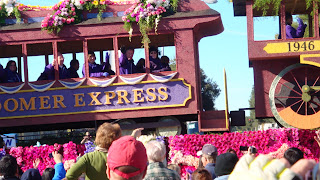 Yesterday at the Rose Parade among the prancing horses, the marching bands, regal hand waving celebrities, and the cotton candy hawking vendors one of the dozen flower bedecked floats riveted my attention.  A rumbling disquiet emerged from my psychic core, a rumbling laden with foreboding.  Visually the float was kind of  typical, not filled with dancing girls and erupting volcanoes, but packing an explosive message.  It depicted an old time railroad passenger car with a bunch of middle aged people smiling in anticipation of their destination.  Emblazoned on the side was the name; Boomer Express 1946.   My first thought was YES!... Celebrate the generation of anti-war protest demonstrations, free love hippie bacchanals, and social liberation (blacks, women, gays).   But alas, none of those impactful and well known markers of the generation was recognized.  In white (as in pushing up the daisies) flowers was the terse and threatening phrase, One in Eight--sponsored by the Alzheimer Association.  Shock, anger, and chagrin emerged in my 61 year old mind.  Are they hoping for donations by playing the fear card?  Are they reminding us that the end is nearing and it is not pleasant?  After most of a lifetime busting age related stereotypes, do they think we are gonna go down with an unconscious whimper?

Turning 61 today and quite aware of the passage of time and potential challenges that lie ahead.  My Boomer Express is not headed passively to the nursing home.  That float is wake up call to express more fully with the rainbow of life's gifts, I am fired up with the three Rs;  Remembrance, Recognition, and Revolution.

Remembrance:  Although portrayed as the Now Generation, the Boomers in the Sixties and Seventies referred back decades for stylistic cues in clothes (Victorian), posters (A. Beardsley), novels (Tolkien and Hesse), and politics (Marx).  Today, as we step into our last chapters Remembrance can mean another look at our values, dreams, goals, and spirit of our youth.  Not slipping into morbid nostalgia but tapped as a mother lode of energy for this stage of life.

Recognition:  A key trait of that time was the willingness to expose and tell the truth about what was going on.  I recently reviewed some of my writing from back in high school and noticed how similar were the social and political issues I was concerned about then as today; from war to justice to the natural environment.  Also, the personal values resonate today such as freedom, adventure, and unconditional compassion for others.  Today, it can be energizing to recognize the areas of life where we as individuals yearn for more freedom, fun, community, and passion.   No longer 20 or 30 but the core values of youth can be recognized in our current stage of life.

Revolution:  Back in the day we were gonna have a revolution in politics, relationships, music, art and just about everything else.  We know what happened to a lot of those radical ideals.  As some point we grew up and settled down to the mundane aspects of life; work, family, house, etc.  Today's Revolution can be filled with the wise soul and youthful passion.    Revolution of lifestyle and view point is called for to live the dream.   Breaking out of the narrow boundaries of our thirty to forty years of responsible living and into the freedom of a new lifestyle, a new work, a new expressive art is liberating.  Expand from the narrow ideas of old age and the mournful train to Alzheimers.   As John Lennon said back then, 'you say you want a revolution, you better free your mind instead.' In the 21st Century we can use the new technologies to build community, to share our wisdom, and to express freely.

To the Alzheimer's Association and their float I say, thanks for the reminder that time's awasting but I refute the image of riding that sorry train to the no self of Alzheimers.  Today at 61 I stand tall, alive, unrepentant and claiming my old age is my best age.  Redemption is here and now, it is on earth and it is there for those who still remember, recognize, and revolt because they are living the dream deferred.
Posted by RW Klarin at 2:33 PM No comments:

RW Klarin
California, United States
Redemption time has come. Fueled by the quest for the firebird, the totem of truth. Renewed by the grail, I practice curiosity, clarity, creativity, and community with compassion for myself and other sentient beings.