skip to main | skip to sidebar

Drop I AM and Enjoy Life


ONE LAST REMNANT FROM THE ARCHIVES OF THE ROAMING RHINO'S REINVENTION.  This piece explores my frustration with the bloated self importance that dominate the new age and the self help industry.   Originally drafted August 29, 2012

At the local coffee house, our trio of non-traditional workers hunkered around the Red Book by CJ Jung:  A  recently published stream of Jung’s unconscious, expressed in hand-painted mandalas, mystical stories and scholarly analysis.  We were pondering a mandala (spiritual drawing) painted by Jung in 1920—in the center is a brightly colored flower with sharp, yellow arrows shooting out.   The footnotes include a quote from Dr Jung, “Initially, the flower in the middle was me at the center of the universe and all of creation radiated from it.”  The footnote explains that he eventually realized that his first take was a very European point of view and concluded that we are merely spots of energy in the universe, like the stars in the mandala.   Jung surmised that hubris leads people think they are the center of the universe.

Jung produced the Red Book in what we would call today a psychotic breakdown.  Over several years in his thirties, he transcribed his visions in words and drawings.  That particular drawing provoked a heated discussion among our trio:   Is there a god or higher power and if so can it be accurately defined?  The Tao Te Ching famously notes, ‘the Tao that can be spoken is not the true Tao.’    We can talk about it, point to it, but never really describe it.  If we can’t identify god, then is there an overarching meaning of life?  I asked my 86 year old mother that question, and she said “Look around you.  What do you see?  It is nature.  It simply is what it is.”  And what is that?

One night at my weekly meditation group, the teacher drilled down to the core aspect of suffering in our lives--our attachment to a permanent self.  I paraphrase:  'Even as we go through life and the body’s inevitable aging, we cling to the notion of an unchanging self.   That idea is a fantasy.  The self we think we are today, is not the same self we were in our youth, in our jobs, in our families and so on.  Our self-concepts we are always in flux.'  Most religious traditions attempt to address the existential angst of who are we, why are we here, with  different creation myths but ultimately believe in an personal, eternal soul and god.

What's the evidence?  I've yet to find a logical answer that doesn't depend on faith.
I have been slicing and dicing spiritual theories, laws, and dogmas, for thirty years looking for THE answer:  Look no further, here it is:  accept our meaningless selves and simply LIVE.  That goal bumps up against the 150 year old American metaphysical tradition now called New Age, which asserts that we are all the great I AM (or god).   A never changing personal self that goes through this life and then transitions to another expression.  The I Am notion ( I am god) may help manifest success in life; financial prosperity, a soul mate, parking places, or a house (We Americans are deeply enamored with personal freedom and responsibility).  But does that individualistic pursuit bring happiness or contentment? 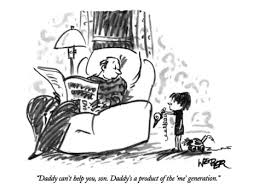 Remember the Me Generation--also know as the Baby Boomers?   After the idealism of the 70s, we grew up and wanted it all.  Money, career, house, fame, and a  lot of toys.  We know where that all ended up:  Retirement postponed indefinitely for many of us.

Narcissism isn't only expressed in possessions, it factored into my passion for travel.  When I was younger, I visited many exotic and strange lands, driven by the siren of the unknown but also for bragging rights.  I collected immigration stamps in my passport and then showed it off--like buying an expensive car and talking about it.  These days I still travel, but rarely talk about it unless asked.  I go for the experience--‘Bucket list’ accomplishments are for me only, not some ethereal scoreboard in the sky. 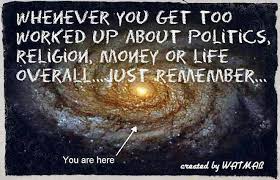 Even when you're younger winning isn't everything,  but especially so later in life.  Ever begin a new sport or art?-- It's tough. Learning generally takes longer as we age (scientists say our brain gets grooved and is not as plastic and we are more easily distracted).  By putting the big I AM (translate—I have to win or be good) on the shelf and diving into new sports or activities with humility—the pressure is off.  When I drop the success obsession and embrace patience, engagement, and discovery—I am a winner... regardless of what happens.
Posted by RW Klarin at 1:05 PM

RW Klarin
California, United States
Redemption time has come. Fueled by the quest for the firebird, the totem of truth. Renewed by the grail, I practice curiosity, clarity, creativity, and community with compassion for myself and other sentient beings.